The largest democratic country:India and Election in india

The largest democratic country-India and Election in india

India is the largest democratic country with reference to population. The highest number of voters are in India, as compared to the rest of the democratic countries. For such a vast country with a large population, we have adopted representative democracy. Voters elect their representatives freely and fairly, and these elected representatives remain in power for a fixed period of time. Thus, in democracy, election is an important instrument to elect representatives. The word ‘election’ in English has originated from Latin word ‘Eligere’, meaning ‘to select’. Importance of Election Scholars have mentioned the importance of election in democracy as follows: 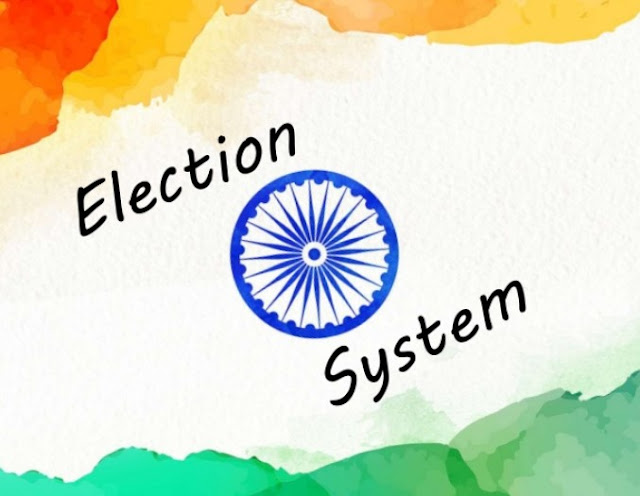 (A) Free, fair and equitable election forms the basis of democracy. People elect their representatives and hand over power to them and in case, people do not like their rule, they can remove them from power in next election. Thus, election is an instrument to choose representatives and it is a peaceful and non-violent instrument to remove them from power.

(B) Elections affirm that people are sovereign in democratic system. Not a particular class, cast, race or creed is sovereign but people of the country are sovereign. Government is formed and replaced by the consent of people.

(C) Elections are important instrument for political education. At the time of election, political Parties, candidates and the organs of public opinion address the issues and challenges of the country and offer the ways to tackle them. Thus, all of them make people aware of the issues of country.

(D) Elections are the important instrument for participation of people in politics,and an expression of people’s will and expectations.

(E) People are the source of power in democracy. Through elections, people bestow power or rule upon the rulers. Only the representatives elected by the people can remain in power. Hence, elections legitimize democracy. The other forms of government (Autocracy, Dictatorship, Military rule, etc.) cannot claim such legitimacy. Therefore,free and equitable elections are very crucial.

(i) Direct Election :-When the voters take part in the election of the candidates directly, it is called direct election. The members of the Lower House are elected directly in democratic system. For instance, the voters directly elect the members of Loksabha in India.

(ii) Indirect Election:-When the voters do not elect their representatives directly but the directly elected members  further elect the representatives is called indirect election. Generally, the members of the Upper House of the Parliament are elected thus. For instance, the members of Rajyasabha are elected by the elected members of state assemblies in India. Even the election of our President is carried out indirectly. Adult Franchise and Participation in Election The most important right in democratic system is the right to vote. In a number of countries, people hadto struggle a lot to get the right to vote as it was very restricted in many of these countries. Women were granted franchise quite later. Our constitution grantsfranchise to all, regardless of their education, cast, creed, religion, gender, class or place of birth. All the citizens, completed 18 years (previously it was 21 years) have the right to vote. Hence, it is called common adult franchise.It is indeed distinctive that adult franchise exists in a country with a large number of illiterate and poor people. The citizens of independent India did not have to struggle for franchise.  A single Article of the Constitution grant them franchise, regardless of any discrimination. Common adult franchise makes democracy people-oriented in real sense. The ultimate source of power rests with the citizens, affirming the fact that the decision of the citizens plays a vital role in the formation and replacement of the government. In a number of elections of Loksabha and State Assemblies and Local Government Institutions, citizens of India have voted, demonstrating the faith placed by the framer of the Constitution. Every citizen should keep this in mind that it it is a citizen’s duty, as well as a right, to vote.

0 Komentar untuk "The largest democratic country:India and Election in india"