WHAT IS SOCIAL STRATIFICATION ?

WHAT IS SOCIAL STRATIFICATION ?

The fact that people are stratified according to various qualities (Gender, Caste, Profession, Class and Race) is the proof of Social Inequality. The Social Inequalities are: Income sources, Education and Professional opportunities, health facilities and political representation and participation. This means the Social inequality is the result of already present unequal social opportunities. This is continued by providing unequal access to materials, resources, income, opportunities, recognitions and status. For example, by neglecting the social service sectors like Public Health system, Public education and social security; the life of the poor is made difficult. This allows the assimilation of wealth in the hands of very few. The increasing economic growth and the GDP have led to the creation fifty Billionaires and one lakh millionaires. But the neglect of the food and social security, of caste, income and sex based discrimination makes one to understand the inequality present in the society. 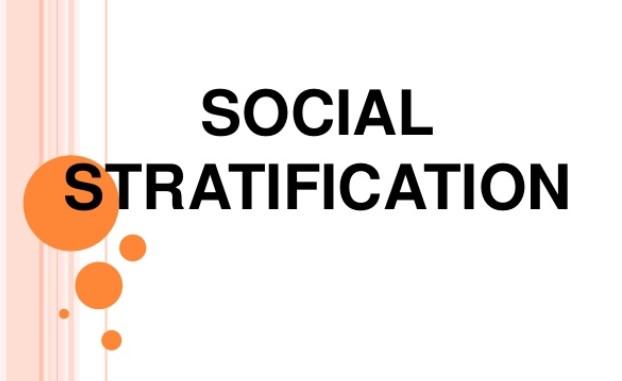 Education is a special structure that brings in equal opportunities, openings and social justice in human life. This means that the governments should provide equal opportunities to all children. The Social Justice aspect of education can be seen in the Directive Policies and the Preamble of the Constitution of India. Under Article 39, it is said that providing social justice and people welfare is the duty of the state government.

But, after the 86th Amendment to the Constitution, Article 21A says free and compulsory education to all children between 6 and 14 years is fundamental right of the children. Article 45 says all children under 14 years should be provided with free and compulsory education. The Article 19 says that Right to Speak and Right to express one’s own opinion is the fundamental right. Similarly, it is the duty of the Constitution to protect the welfare of the opportunity less minority children. Article 29 provides for the Protection of Cultural rights of the minorities whereas Article 30 provides for the establishment of Minority educational institutions. Article 46 clearly express that it is the duty of the government to support the education interest of Scheduled Caste and Tribes.

The Supreme Court’s decision to understand the Right to Live of Article 21 from education perspective is an important one. By declaring School Education as the basic right, the Supreme Court redefined the efforts to provide school education. Through this decision, it provided a new hope for the children. The Supreme Court of India in its judgment in the case of UnniKrishnana Vs Andhrapradesh clearly said that under Article 21A, getting free and compulsory education by all children between the age of six and fourteen years is the fundamental right of the children.

In this decision, the court has said that the entire education structure beginning from Anganavadi education to higher education should be seen from ‘Holistic’ perspective. As per this decision, all the citizens of the country have the basic right for education. It is part of the right to live.

Let’s see how Gender Inequality which is one of the various Social Inequalities gets formed. In reality, our social perspectives are interdependent. It means one person’s thoughts are influenced by other’s thoughts. Such influences on an individual are may be due to the thoughts of the family members or from the neighbours. Hence, the motivational issues supporting education of a boy or a girl has more in the social sphere of human life. There is more gender based inequality in access to school education, food and health facilities.

According to National Family Health Survey-4 2015-16(NFHS-4), rural women of Karnataka have a Body Mass Index (BMI) of 24.3 whereas the Urban women of 16.2. This means the women have lesser BMI. 60.9% of the children between 06 and 56 months have severe anemia. 45.2% of the pregnant women suffer from anemia. In this scenario, the development should include the food and nutrition security to the women and children. Through this, one should try to overcome the gender based discrimination. Social Stratification

Though, social stratification is present in all the societies of the world, their forms are not similar. They have differences in their structure and nature. Let’s try to know the social stratification from the ancient world till the digital world. They are: 1. Primitive Society 2. Slavery 3. Estate System 4. Varna System 5. Caste System

In the beginning, the Varna System was present in the Indian Society. It is believed that it started during the Vedic period. ‘Four Varna System’ is a system of social division. It is said that it is based on Karma theory. Brahmana – study, teaching, participation in Yagnas etc; Kashtriya – Political Administration; Vysya – Business; Shudra – Manual labourer. All the people who belong to these four groups are expected to perform their respective roles. The fifth group which were considered as untouchables, were never considered as humans. The practice of untouchability has its beginning in Varna System. The issue of touchable and untouchable is related to the profane and sacred ideas. based on inequality in socio-economic areas of life. The British government through its India Government Act 1935, classified the Untouchables and tribal people as scheduled Castes and Tribes.

“An analysis of why a group of people stayed outside the village; whether they came from outside or were pushed outside, provides an answer to the birth and practice of Untouchability”, says Dr B.R.Ambedkar. According to Gandhiji, “Untouchability is a heinous expression of caste system. This is a leprosy attached to Hindu skin”. Ambedkar’s fight to address this issue of untouchabiltiy is a notable one.

The lowest position in the social strata: The Untoucbhales occupy the lowest position in the strata of a caste based society. According to Manu Smrithi, anyone who touches the untouchables (Chandala) had to undergo purification many times. As per Vygrapada Smrithi, if a touchable person comes within the distance of the tail of a cow with a untouchable, he could purify himself with a bath.

In Malabar, the untouchables who prepare footwear were barred from using them. They were not allowed to touch well, tanks and cemetery used by the touchables. The Untouchables were expected to carry the night soil, dead animals and other filthy jobs according to B. Kuppuswamy. They were assigned the lowest possible position in the caste system. Their birth was the main reason for this restriction on their social mobility.

Education provides Ambedkar an entry into the issues of demanding social justice. This is an important development in the Indian context. In a democracy, individuals have the right to decide on their personal issues. All should have the skill to think logically and act. Hence, Ambedkar fought hard to make people realize the importance of education.

Having realized the importance of education in individual’s life, Ambedkar argued in favour of ‘education as a public property’. Due to such revolutionary ideas and thoughts, Ambedkar could come up with more provisions and directives in the draft version of the Constitution of India. And he is rightly called as ‘The Chief Architect of the Indian Constitution’.

Denial of Political participation rights: In the traditional political system, untouchables were not allowed to participate. During the British rule, the untouchables got few political rights. Due to the efforts of Dr. B.R. Ambedkar, the untouchables could get opportunities in politics and administrative areas. After the independence, reservation was brought to effect in electoral constituencies for Scheduled Caste and Tribes. The Indian Constitution provides commitment for the eradication of untouchability, which itself unique in the world history. Our Constitution is important from this angle. As a result many legal measures have been implemented to eradicate untouchability practice.

Untouchability as a social problem has still remained in spite of efforts from leaders like Jyothibha Phule, Dr. Ambedkar and many others. It has remained alive in the Indian Society. Hence, many legal provisions have been brought to eradicate untouchability.

The Article 17 of the Indian Constitution prohibits Untouchability. The government of India has implemented ‘Untouchability Crime Act’ in 1955. ‘Civil Rights Protection Act’ was implemented in 1976 with necessary changes to the act of 1955. According to this act, practicing untouchability is a crime. Universal rights to vote and participate in election has also been provided. Moreover, reservation has been given in the field of education and employment for Scheduled Castes and Tribes scheduled along with backward classes. The Act of 1989 has given some specific responsibilities for the governments in the eradication of Untouchability. Like this, the Independent India has taken special interest in providing equality to all.

0 Komentar untuk "WHAT IS SOCIAL STRATIFICATION ?"